Recently, owls have become a popular trend among a new generation of women and girls. Depictions of owls adorn shirts, dresses, bags, notebooks, pillows, umbrellas, backpacks, coffee mugs, iPhone cases, and a multitude of other household items. But owls have not always been so popular or so trendy. According to medieval English tradition, owls used to be heavily associated with darkness, death and sin. It is also one of the animals that was mentioned in Merlin's prophecies in The History of the Kings of Britain. 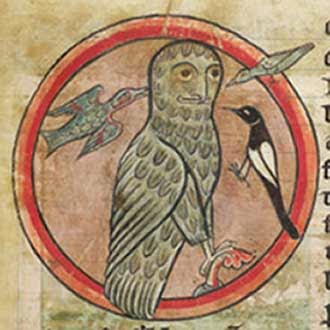 Owls were considered to be a particularly dirty birds for the reason that they went to the bathroom in their own nests. The disgust people felt for owls combined with their fear of the kind of omen the owl represented, and an intense superstition arose. They became associated with anything that seemed unnatural or perverse. Some people believed that owls only flew backwards. Others believed that when an owl uttered a cry, it signified that someone was about to die. Additionally, owls were often attacked by other birds, which increased the unease that people felt toward them. Owls became heavily associated with darkness, as well as death, due to the fact that they often inhabited or frequented tombs and caves. Owls are birds that prefer darkness to light. As such, an owl was considered to represent individuals who chose the darkness of sin over righteousness' light. They came to represent an unbeliever in darkness who was desperately in need of the light of Christ.

Not only was the owl used to represent sinful individuals in need to Christ, but the owl was commonly used to represent the Jews due to the belief among Christianity that Jews has turned toward darkness and away from light when they rejected Christ. "The symbolic identification of the owl with sinners in general in medieval visual culture was often refocused to represent the Jews in particular." Some medieval illustrations of owls displayed an anthropomorphic take on the physical form of the owl. The owl's face would sometimes be changed, displaying features that were characteristic of illustrations of Jews. The beak of the owl would become a hooked nose and the face more human-like. Some illustrations would include horns on the owl, another symbol that had become strongly associated with physical representations of Jews. 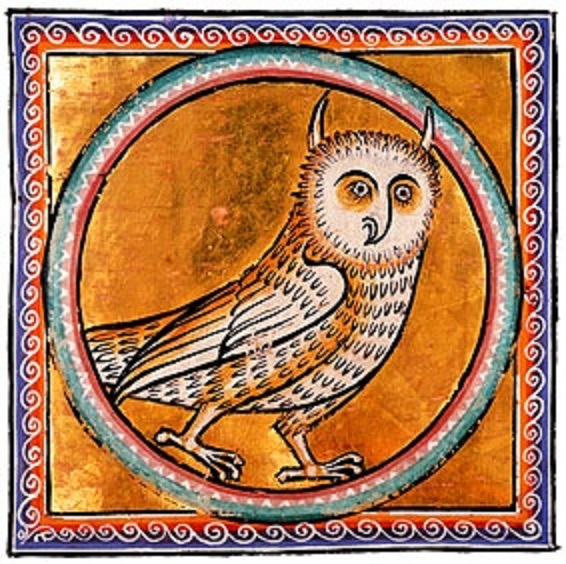 Another random interesting element of medieval owl lore is that owls were often nailed to barn doors as a way to ward off evil.  Can any associated be made between this act of nailing and the crucifixion of Christ? Because the owl is often associated with representations of Jews, this is an interesting angle to think about.