She Puts the She in She-Wolf

The idea of a she-wolf has been circulating for quite some time, but how does this term and idea resonate in today’s society and culture?

The first idea of a she-wolf comes from Roman Mythology. One of the most famous of these myths pertaining to ancient Rome’s legendary origins and religious system comes from the story of Romulus and Remus, who were sought to be the founder of the city, were left to die, but instead were rescued and nursed (“suckled”) by a she wolf. This early Roman myth was still recognized during medieval times as, although it’s creation is a subject of controversy, there was a statue erected of the Capitoline Wolf with human twins seen under her belly, nursing in Rome, Italy.

During the Middle Ages, the term, she-wolf, surfaced again, but this time in a less literal usage. Several Medieval queens were dubbed as she-wolfs of the time like Eleanor of Aquitaine, Emma of Normandy, Anne Boleyn, and Isabella of France. Some way or another these women all earned this notorious label for how their actions went against the typical norm of the era.

Queen Isabella of France is perhaps the most notorious of them all, or at least to the most well known. One source even indicated Queen Isabella of France as the “Badass of the Week,” a pretty big title if you ask me. Queen Isabella was basically part of a marriage from Hell where her husband, King Edward II, was obsessed with other men, leaving Isabella in the background and with no authority or power. For a short period of time Isabella tried to become submissive to her husbands authority, but I guess her “badass of the week” personality let her inner she-wolf come alive. Isabella began to take part in political decisions and negotiations. As her husband continued to ignore her strength, Isabella found a new lover, Mortimer, and together, mostly by led by Isabella, invaded England overthrowing several Kings and eventually overthrowing, her husband with their son. Isabella’s ending of her reign is a little bitter because supposedly her bitchyness got to be even too much for everyone including her own son and she was sentenced to house arrest for the rest of her life.

This idea of a she-wolf is evident in today’s pop culture brought to us by the Columbian pop star, Shakira, in her song released in 2009. In an interview Shakira reported that, "'She Wolf' is the woman of our time, the woman who knows what she wants and is free of prejudice and preconceived notions.” Shakira understands that this is a concept originating from myths from the past as she uses the term lycanthropy in one of her verses. Lycanthropy is the supernatural transformation of a person into a wolf that has been used in folklore.  As part of the ongoing feminist movement that Shakira proudly takes part in, the concept of being a she-wolf is a powerful positive concept. 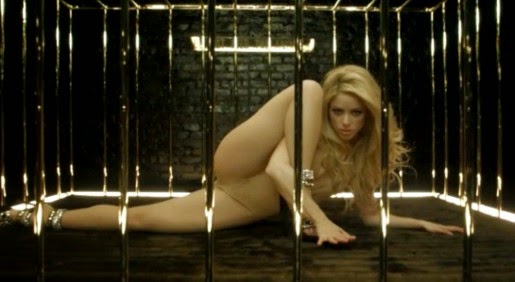 There is a direct correlation in Shakira’s song and Queen Isabella of France’s history. In one verse,

“I've been devoting myself to you


Here Shakira is expressing the idea of a women being suppressed by her male counterpart, trying to please, but easily being put to the side. This feeling of being stripped purpose and disrespect is similar to what Queen Isabella experienced with Edward II is what brought out her inner she-wolf. Shakira could be argued as a she-wolf, but this assumption seems to stem more from her feminist core and strong sexuality. 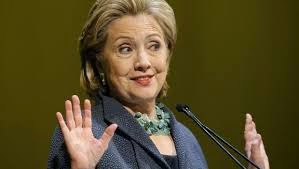 One individual that comes to mind as a modern day she-wolf is Hillary Clinton, perhaps one of the most powerful women of our time, constantly redefying women’s role in the political realm. Taking a step back from any political lenses or biases, lets compare Hillary Clinton’s reputation and experiences to those of Queen Isabella of Frances.

Both married men of political power. Both suffered from the feeling of neglect from their husbands. Both had husbands who, ignored political and marital responsibilities, and sought fulfillment else where, creating embarrassing situations. Both, regardless of the situation, stayed linked marriage. Both began participating in their own political endeavors, recreating the notion of females. Both eventually succeeded in politically powering over their spouses. Assuming that the two are more alike than different, Queen Isabella also probably suffered, or embraced, however you want to look at it, chronic bitch face.
Side note, I found this link of a website completely dedicated to the idea that Shakira is a she-wolf, she-devil. http://www.jesus-is-savior.com/Evils in America/Rock-n-Roll/shakira.htm
Posted by Unknown at 8:30 PM