Women on the Water

In the medieval works we've studied so far, women have gotten a pretty raw deal in terms of ocean travel. While Brutus sailed with his merry crew from Rome to former Albion, sacking and pillaging and killing giants along the way, and Arthur too left England to conquer other lands, the two stories we've read that address women on the ocean depict them not as explorers and attackers, but as helpless captives of fate. Albina, the mythical foundress of Albion, deserved her exile, sure. She and her sisters tried to off their husbands: makes sense that they'd be punished in some way. 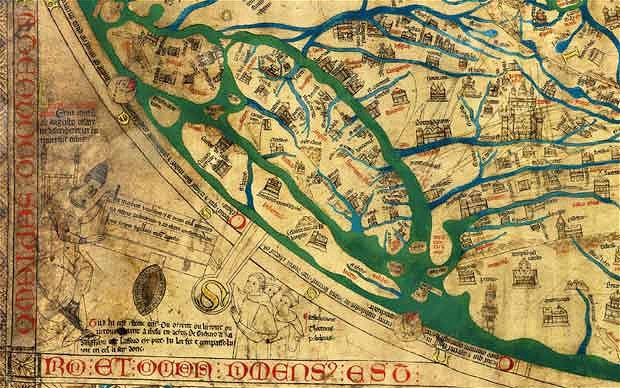 Death, right? Pretty cut and dried case of attempted murder. But instead they get put in a rudderless boat and cast out to sea. The second time we see this concept, it's in Chaucer's Man of Law's Tale. The lovely, luckless lady Custance is put out to sea in a boat twice, and both times she just floats around, frightened and passive. However, the Lord takes care of her, while Albina and her sisters, interestingly, strike a deal with Satan instead. In fact, calling them 'helpless' was not quite right: they survived for a long time on the sea, and Monmouth doesn't mention that the Lord ever spared them a second glance. They must have learned to work with the ocean on their travels, just as they later learn to thrive in Albion, despite the fact that it's wilderness. Why these two different women-on-water tales? Why do these women end up where they end up? Why place these women in the sea?
The ocean itself is often associated with femininity. The Mesopotamian myth Gilgamesh relates that the ocean came from the goddess Tiamat, and in Greek mythology, the goddess Aphrodite (or Venus in Roman mythology) emerged from the sea. In addition, as men have traveled the oceans, strange, sexualized female water demons have popped up across cultures. From Greek sirens to Russian rusalkas, from the Irish merrow to the Chinese "Madame White", these creatures use their fishy sexuality to lure men to their doom. In addition, myths about women being bad luck on board a ship persisted in Britain until the early 1900s.  it seems that cultural anxieties about womanhood and femininity find expression in the tempestuous waters of the ocean. 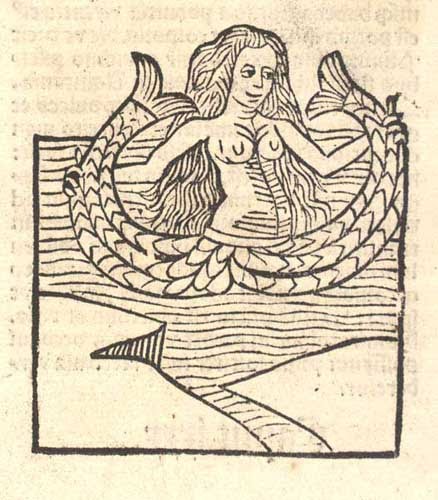 It's also interesting to note that the women-cast-out-to-sea story line didn't originate in medieval times. Greek myth relates the story of Danae, the mother of Perseus, whose father was told that her son (begotten by Zeus- who else?) would kill him. So, doing the logical thing, he put her in a wooden chest and cast her out to sea. 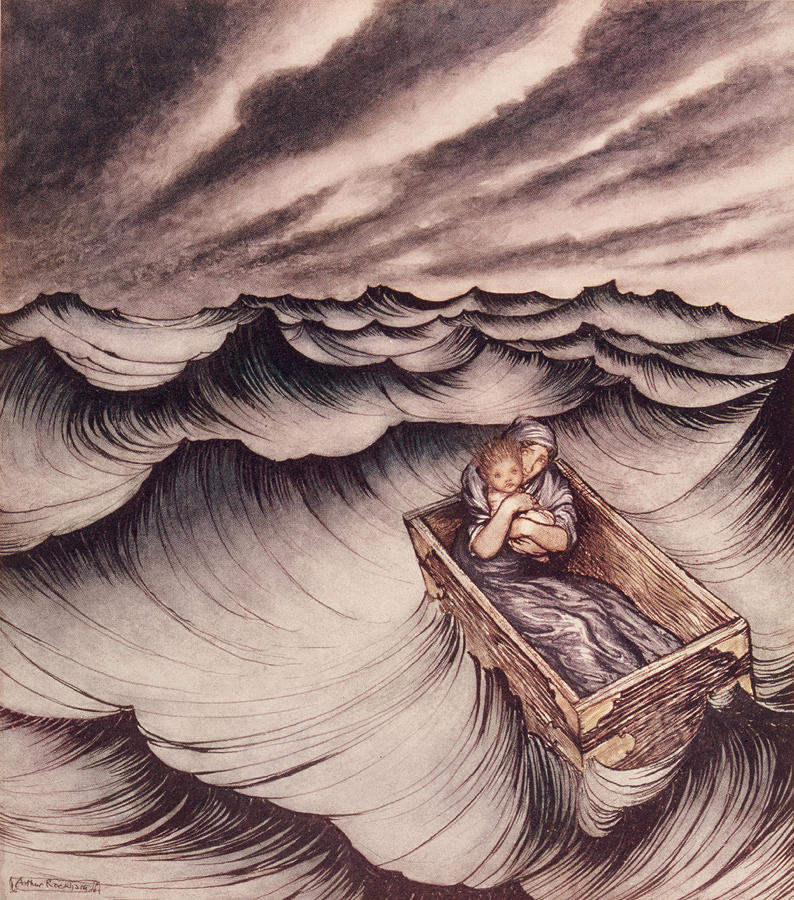 Danae was helpless, but Zeus guided the chest into the net of a kindly fisherman.
So why are women who "transgress" (intentionally or not) cast out in the ocean? In the case of Custance (who transgressed by marrying a converted Christian) and Danae (who was the instrument of her father's doom), they are isolated and dependent on outside forces to keep them safe. However, Albina and her sisters keep themselves alive with no apparent divine help. They must be utilizing the ocean. And yet, Custance and Danae are depicted as pure and righteous because they depend on a force independent of the ocean. Could the ocean be seen as a dangerous thing for women to engage with? An unknown feminine force?
It's peculiar that capable, strong female behavior is attributed to evil Satan-doinking murderesses, while 'moral' female behavior depends on the protection of the Lord. The sea and these two tales about it may represent medieval anxieties about womanhood and female power. It seems that according to the Man of Law's Tale, the only acceptable form of womanhood would be to be passive and frightened and waiting when wandering the ocean, while mastering it or exploring it represents a danger to the role of females in Medieval English society. 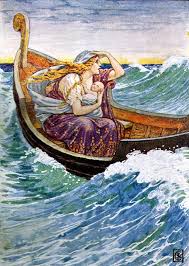