In King of Tars we see transformation occurring quite a bit. It's interesting that despite the princess coming to the sultans land, and being involved in a completely different world, the story ends with her altering the lives of not only her "husband" and baby, but an entire group of people. Religious conversion and exterior transformation seem to go hand and hand in this story. So here is my question. If the princess is able to come to this pagan land, sleep with the sultan, bear his child (before his conversion) why does she not go through some kind of transformation. I understand that she is still Christian upon her arrival, and she maintains her faith through out, (despite claiming she's converted after the sultan threatens to kill her parents) but how is it that she is able to lay with a pagan man and see no consequence? Unless you count the lump baby as consequence, she sees none.
In the story it is also implied that the child is born that way because the sultan's religious stance was not correct. The first sign of transformation we see is when the princess has the dream. A mere hound turns into a white knight after a bite. 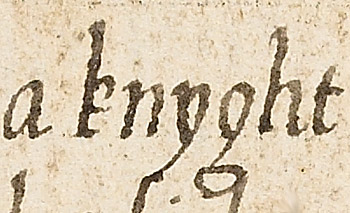 Obviously this is a dream, and dreams are weird sometimes, but the foreshadowing in his section says a lot about how the transformation of the sultan is necessary. But why? What makes the Christians superior? Is this only about the color of ones skin? Or is it all about religious stand point? In the dream, the fact that the sultan is represented as a hound implies that his race is lesser than the princess'.
The reading leads me to believe that it is both. Not only is the sultan "impure" or "incorrect" in his beliefs, but he is also dark skinned. This becomes relevant because during the sultans baptism, his skin becomes white..... Does white skin truly show purity? I would challenge this. I think if the princess is willing to marry and have sex with an "impure" man, wouldn't that make her impure as well? I believe so. Yet during his literary period,varying religious stances were shunned, therefore it makes sense that the story has such implications about race and religion. From a modern perspective, impurity is something that is occurring more in this story than just with the sultan.