At the sport's beginning, weight training was focused on aesthetically perfecting the human form. Bodybuilders strove to look like Grecian Gods with the proportions of Leonardo da Vinci's Vitruvian Man.

Today's bodybuilders are a completely different breed of human altogether. The men who win competitions these days are gigantic. They still focus on symmetry, but only between between each muscles parallel match. Instead of working towards a symmetry between chest, waist, and hips they work entirely toward stacking muscle for the sake of stacking muscle. Many of these athlete's muscles have muscles.

So what's going on here? Is it steroids? No, Arnold was doing steroids too. Steroids have been integral to the sport since its conception. Is our standard of beauty changing? Again, no. We could take a poll but I'd be willing to bed that only a tiny subset of humanity considers this man and men of similar bodily persuasions sexually attractive. Former Guinness Book of World Record's holder for worlds largest biceps, Greg Valentino, said in the documentary "Bigger, Faster, Stronger" that he was much more used to be getting approached by men than by women. He didn't mean he was approached by homosexual men though. He said that guys would often ditch their girlfriends to talk to him about his biceps. Usually, he said, the girls weren't impressed.


So why do it? Like the Giants of the middle ages these men are both celebrated and reviled for their excess. Even Arnold Schwarzenegger has admitted that it's entirely possible that people won't be attracted to him. He once said, "I just use my muscles as a conversation piece, like someone walking a cheetah down 42nd Street". Today's bodybuilders have this option but even more so. Who wouldn't stop to gawk at a walking 300 pound brick of muscle. These men aren't trying to fit a standard of beauty. Their goal is to become a spectacle.

In "Of Giants: Sex, Monsters and the Middle Ages", JJ Cohen writes: "The giant is encountered in a performance of masculinity as necessary as it is obscene"(xii). But he also points out that the giants form is not reducible to some pure state of masculinity because the giants bodies are described in the same language that medieval writers used to categorize women. Giants then are not important in and of themselves. They exist instead as a measuring stick of human form. Bodybuilders perform a similar function in our society.

One need only look at Terry Crews performance as Sgt. Terry Jeffords, on Brooklyn Nine-Nine, to see feminine traits that JJ Cohen mentions. Crews plays the caring boss/dad who shelters his team as if they are his family. Despite his oft referenced size his character has more of a mother hen vibe than anything else. This too raises a question. Are men only not stigmatized for being caretakers if they're outwardly a projection pure masculinity or are we only comfortable with characters of Terry's size if they're feminized in some way? 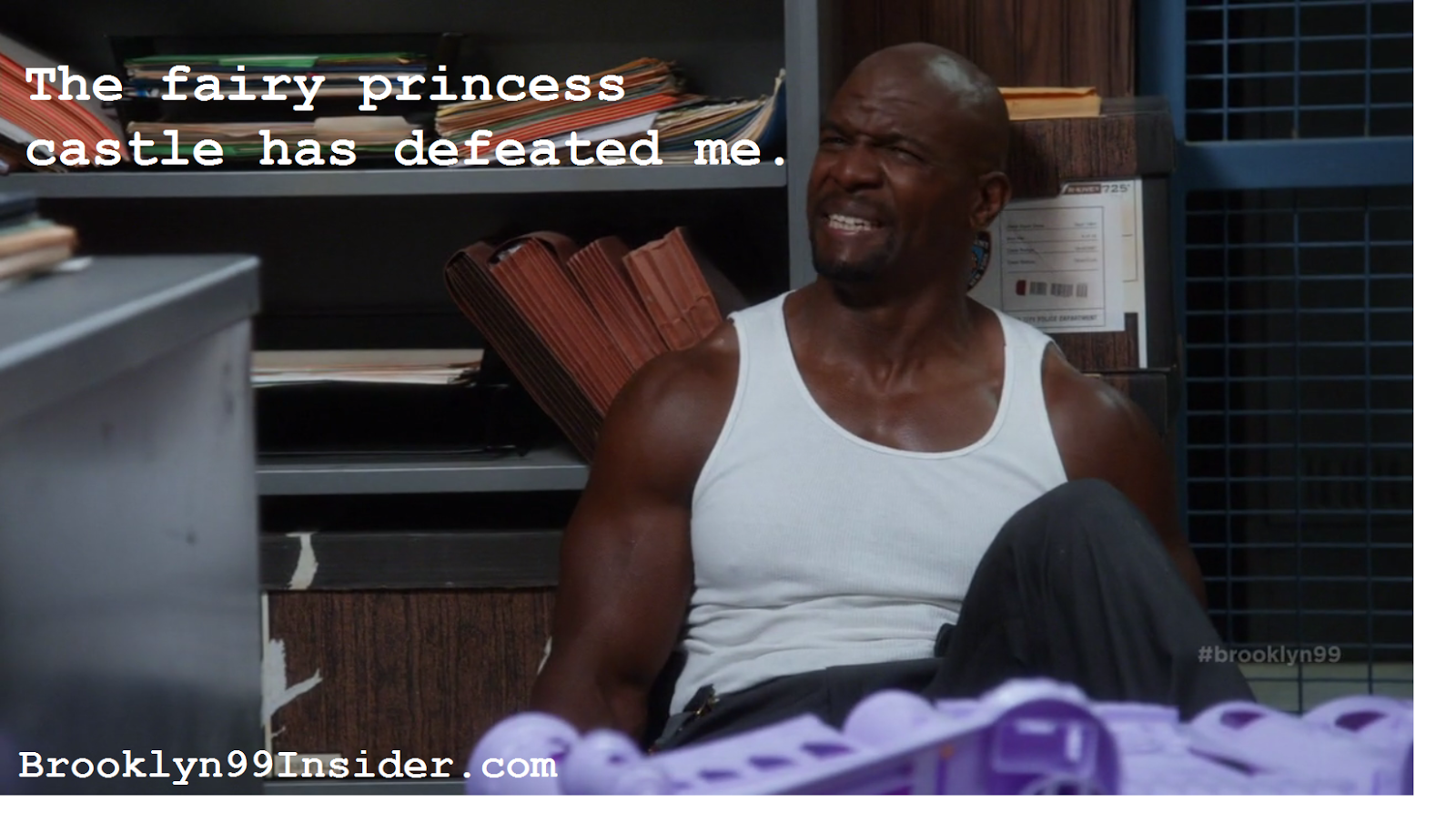 The implications in either event are as paradoxical for us today as they were for writers in the middle ages. This is why the embodiment of a giant so subjective.
Posted by Unknown at 5:36 PM